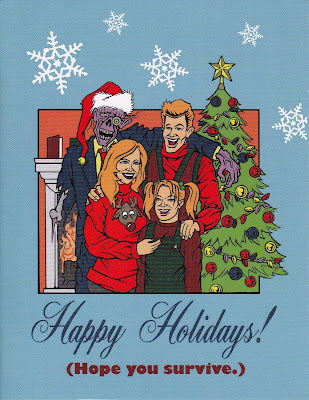 I try not to let the stress of the holidays get to me. Sometimes, it’s out of my control. Yesterday and today, the NHL Online Store and its customer service reps have definitely tested my limits. First, I called to see if the order I placed could be changed to 2-day shipping because the website wouldn’t let me do it. A woman told me my order hadn’t been put into their system yet, and I had to call back. When I called back a guy told me that he could do it, but he’d have to cancel my original order and place a new one. So we attempted to do this over the phone, but one of the items I ordered had magically disappeared from the website. Still, I placed a new order minus that one item that I apparently had ordered the last of and was no longer available.

I know I’ll survive, but it’s hard not to get stressed when you’re being charged and shipped double what you want! Hope you all survive this holiday season and the stress it sometimes brings!