After being a casual NiN fan since I was in college, I went to see them live for the first time six years ago. Nine Inch Nails played these songs, I was impressed, and my date (who is now married with kids) was a lot of fun. I also went with her to the Ansel Adams exhibit at the Museum of Fine Arts that December, and I was impressed again. The MFA wasn’t quite as loud as the Nine Inch Nails show, but both were awesome in their own way. 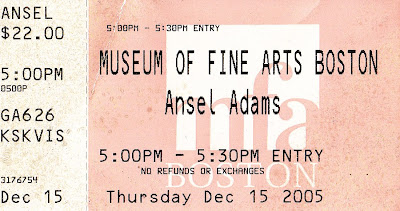